With your help, we can raise enough funds to help 60 LGBTQI+ people get to safety over the next 60 Days. Join us! 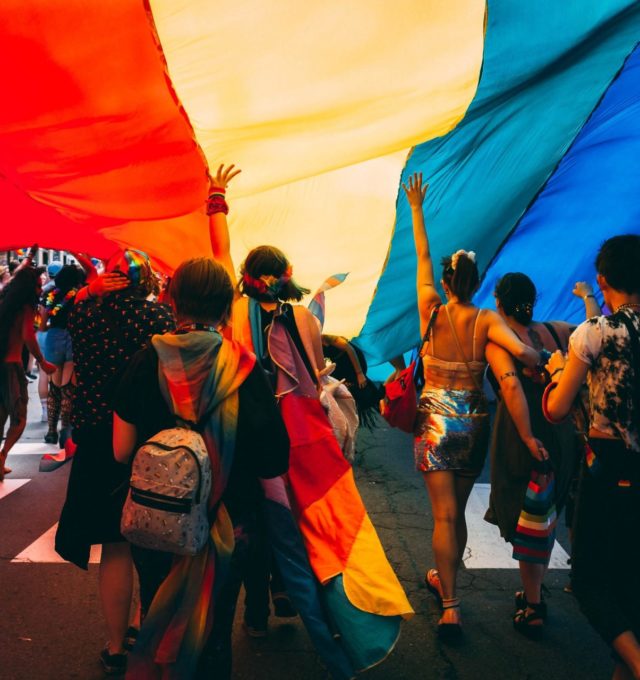 Rainbow Railroad has launched our 2021 #60in60 Campaign, and we want YOU to be a part of it! Donate here.

The goal of the #60in60 Campaign is simple: to raise enough funds in the last 60 days of the year to help at least 60 threatened LGBTQI people attain safety, by whatever means necessary.

As our recent work in Afghanistan has shown, the need for Rainbow Railroad is greater than ever. But, the lack of basic human rights for LGBTQI+ people is a problem that extends beyond any one individual country. At this moment, in 69 countries around the world same-sex intimacy is criminalized and in 14 countries, trans and gender non-conforming people face legal discrimination. This results in a simple yet unacceptable reality; in too many countries, LGBTQI+ people face extreme violence and persecution solely based on who they are or who they love. The numbers speak for themselves; so far this year, Rainbow Railroad has received almost 4000 requests for help from over 5000 people – more than any other time in our organization’s history.

There are multiple ways to contribute to the #60in60 Campaign. You can donate directly, fundraise online, set up a Twitch fundraiser, set up a recurring monthly contribution, donate your Aeroplan points and even make a gift of securities. You can even book a speaker from Rainbow Railroad to present on our work at your upcoming event. Stay tuned over the next couple of months as we share the stories of some of people we’ve recently helped, further discuss what we need governments to do now to create more pathways to safety and highlight the global crisis in a lack of basic rights for LGBTQI people.

Since its founding in 2006, Rainbow Railroad has helped over 1200 people escape to safer countries, while providing complementary support to thousands of others in their countries-of-origin. Helping one person attain safety and a chance at living a life free of persecution through any of Rainbow Railroad’s six programs can cost thousands or even tens of thousands of dollars.