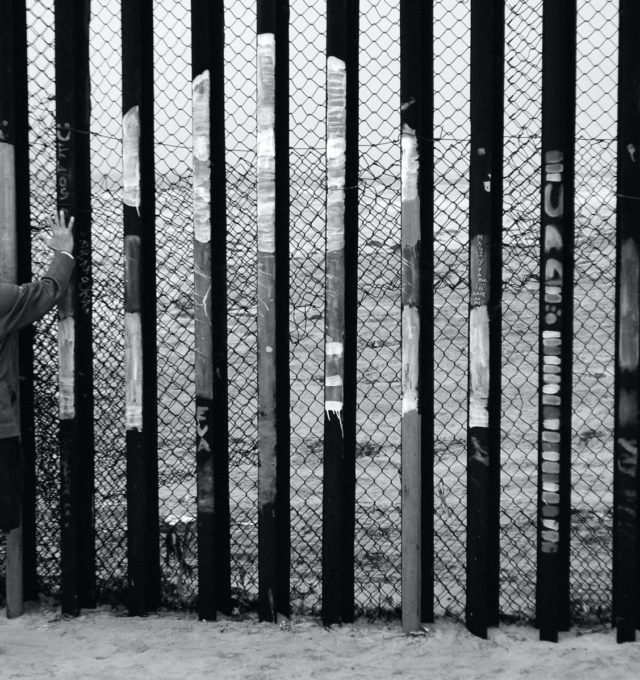 On Friday, April 1, 2022, the CDC announced their decision to repeal sweeping pandemic-era border restrictions, more commonly known as Title 42. The decision is expected to come into effect on May 23, 2022. Rainbow Railroad stands in agreement with the CDC’s repeal of Title 42 as a Public Health Order. LGBTQI+ people seeking asylum are particularly vulnerable and face higher rates of violence and persecution in transit and in their home countries, and Title 42 saw significant harms for asylum seekers attempting to cross into the United States.

Implemented in March 2020 due to escalating concerns about COVID-19, the public health order was used to limit asylum seekers from entering the United States over health concerns. Although initially enforced under the Trump administration, the Biden administration has largely maintained the policy despite criticisms from immigrant advocates. Rainbow Railroad has strongly condemned this policy since its implementation, including in panel conversations with international partners in March and June of 2021.

Title 42 has made the trek into the U.S. more dangerous by pushing migrants into remote regions of the border where they face higher risks of violence. As of February 2022, the American Immigration Council reported that nearly half a million individuals were expelled from entering the U.S. under Title 42. In addition, the Marshall Project found that in 2020, the death rate along the border nearly doubled, from 35 to 62 migrants found dead for every 100,000 migrants encountered.

Title 42 has led to additional safety concerns for LGBTQI+ asylum seekers. LGBTQI+ people in the border region are particularly vulnerable to gang violence and hate crimes. Exacerbating these safety concerns is the fact that support for LGBTQI+ people near the border is limited. For example, Mexico’s government will not provide federal or state funding to shelters who serve “mixed” populations, meaning that any shelters that serve women and LGBTQI+ communities are ineligible for government assistance. Rainbow Railroad is currently working with Al Otro Lado, a bi-national advocacy and legal aid organization serving migrants, refugees and deportees in the United States and Mexico. Through this partnership, Rainbow Railroad and Al Otro Lado will work together to advocate on behalf of LGBTQI+ refugees in the border region, and increase access to programs and services in order to refer LGBTQI+ clients to safe housing and shelter.

According to a report from The New Humanitarian, “For queer asylum seekers who have already fought so hard to escape violence and persecution in their homelands, the prospect of remaining in northern Mexico indefinitely – facing possible hate crimes, discrimination, and sexual violence – can be too much.”

Over the past two years, Title 42 has been used to avoid asylum obligations under U.S. law and international treaty. Some of the CDC’s own doctors have argued that the decision to stop the asylum process was not based on public wellness and safety. Under the Biden Administration, there has been historically low resettlement of refugees. In 2021, the Biden Administration announced an intent to limit the number of refugees allowed into the United States, reversing an earlier promise. In response to pressure from migrant advocates, including Rainbow Railroad, the Biden Administration amended this decision. However, only around 11,400 refugees were admitted to the U.S. during the 2021 fiscal year – the lowest number since the programme started in 1980.

The announcement of the forthcoming rescindment of Title 42 has caused political pushback, with three states seeking to block the order. Rainbow Railroad strongly opposes attempts to block this order, which threaten the universal right to asylum, and put LGBTQI+ asylum seekers in danger.

In February 2021, President Biden released the Memorandum on Advancing the Human Rights of Lesbian, Gay, Bisexual, Transgender, Queer, and Intersex Persons Around the World, which urges American agencies abroad “strengthen the policies and programming of multilateral institutions, including with respect to protecting vulnerable LGBTQI+ refugees and asylum seekers.”