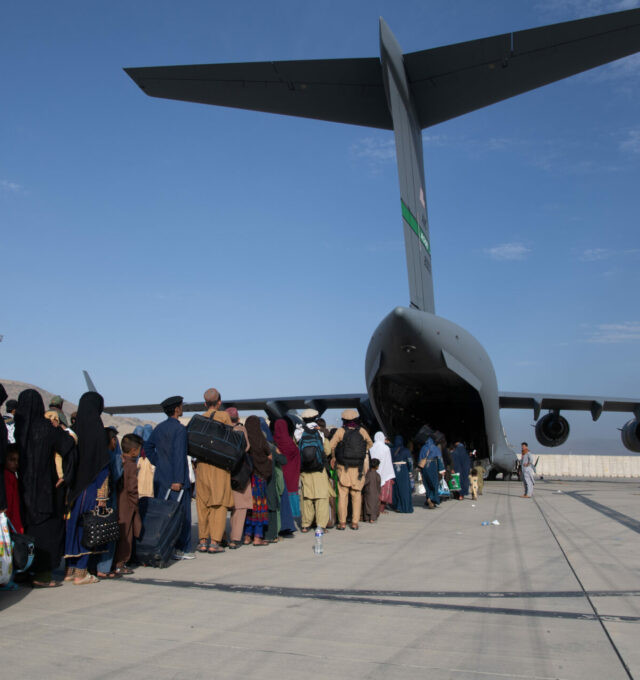 Since the fall of Kabul to the Taliban on August 15, 2021, LGBTQI+ people in Afghanistan have faced severe persecution, including physical assaults, sexual violence and reported unlawful killings. Rainbow Railroad has received a deluge of requests from people in Afghanistan facing severe repression.

No Safe Way Out: Human Rights violations Against LGBTQI+ People Under the Taliban is a research report based on 1,739 requests for help submitted to Rainbow Railroad from August 2021 to August 2022, by Afghans who were in Afghanistan at the time they made their request.

According to individuals who have reached out to Rainbow Railroad for help, the Taliban is targeting LGBTQI+ people due to their sexual orientation, gender identity, expression, or sex characteristics. Individual accounts included in this report detail multiple tactics used by the Taliban to identify and find LGBTQI+ people, including identifying them from social media photos or videos, during searches of belongings and cellphones at checkpoints, and through emboldening community members to surveil and report on LGBTQI+ people. The report details how individuals are encouraged to report on their own friends, colleagues and family members if they are suspected of being LGBTQI+, or risk facing punishment themselves.

A number of LGBTQI+ people reported being beaten and subject to physical violence by the Taliban inside and outside of detention settings, including in their homes during unlawful searches, or in public places to ‘make an example’ of members of the LGBTQI+ community. Rape and sexual violence were mentioned in many requests for help, including sexual assault by family, community members, and members of the Taliban themselves in an environment of impunity.

The UNHCR estimates 3.5 million people internally displaced due to conflict, along with 2.3 million refugees and asylum seekers who crossed an international border. A significant gap remains between the commitments that governments made to resettle Afghan refugees and the refugees who have been relocated. Governments with ambitious refugee commitments have yet to fulfill them, while others pledged to admit only small numbers of refugees and emphasized the importance of migration control.

LGBTQI+ people in Afghanistan are being threatened, beaten, raped, and detained by the Taliban. Governments and humanitarian agencies should take all measures to protect LGBTQI+ Afghans, through ensuring safe access to humanitarian assistance, creating pressure and incentives for the Taliban authorities and through creating new resettlement pathways for LGBTQI+ Afghans to find safety, protection, and durable solutions. No one should be persecuted for saying: I am Afghan, and I am LGBTQI+.

In light of the findings of this report, Rainbow Railroad has issued a series of recommendations:

To the Canadian government

To the U.S. government

To concerned governments with capacity to receive refugees and provide aid

To the United Nations High Commissioner for Refugees

To humanitarian and human rights organizations providing assistance to Afghans

You can read the full  report below. You can also download it directly here.