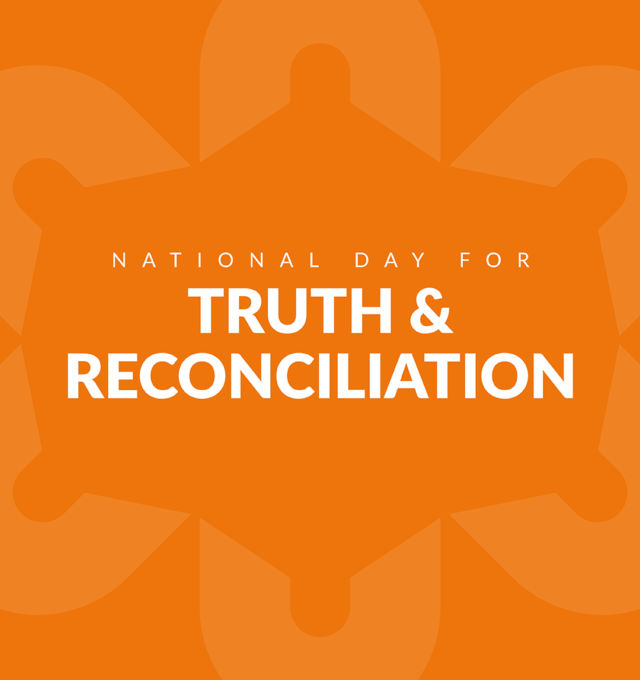 Today is a day of somber remembrance and reflection for all people in Canada and other settler states like Australia and the United States, which also had similar schools for Indigenous children. For non-Indigenous people, today can also be a day to take action to make sure that history does not repeat itself.

One way you can do that is by learning about and hearing the stories of survivors. It’s also important to understand the belief systems and ideologies that supported residential schools; the belief that Indigenous peoples should be assimilated, underpinned by racism and cultural superiority. These led to the atrocities at the schools and sometimes blinded people to the harm they were doing. Today, they continue to circulate in our public discourse.

To advance understanding of the residential school system, Rainbow Railroad has compiled, with humility, a non-exhaustive list of survivor testimonies and additional resources to assist Non-Indigenous people in their process of decolonization. We’ve also included links to a few Indigenous-led organizations supporting survivors.

Web resource: National Centre for Truth and Reconciliation – Access timelines on the history of residential schools, get educational resources for all ages and read the Calls to Action.

Memoir: Bev Sellars, They Called me Number One – The story of the author’s years at St. Joseph’s Mission.

Guide: Paulette Regan, Unsettling the Settler Within – A call to action and roadmap for non-Aboriginal people to “unsettle” themselves and advance reconciliation.

History: Brenda J. Child, Boarding School Seasons –  A history of Indian boarding school experiences in the United States in the first half of the twentieth century.

Fiction: Richard Wagamese, Indian Horse – A novel that tells the story of a First Nations boy Saul from Ontario who survives the residential school system.

Film: Rabbit Proof Fence – Based on a memoir, this film portrays the experiences of Aboriginal children in Australia taken from their families and placed in training schools to prepare them as factory workers or domestic servants.

There are many more resources available. You can also support survivors of residential schools directly through donating to the organizations below.