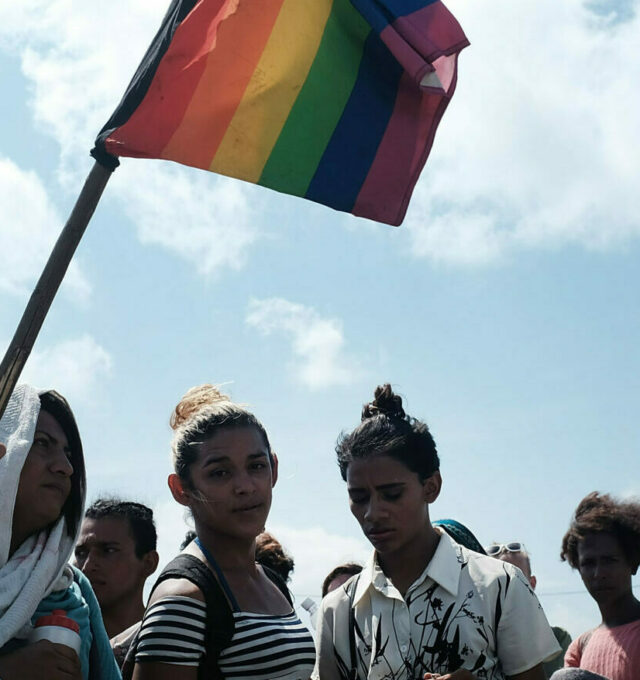 As part of our work, Rainbow Railroad monitors developing situations around the globe in which LGBTQI+ people are threatened by state-sanctioned violence. In May, two of these instances made headlines: the murder of Alireza Fazeli-Monfared in Iran, who was killed by family members after having been outed. And the recent arrest of 21 LGBTQI+ activists in Ghana.

We have been following this appalling case closely over the past few days. We send our deepest condolences to the family and friends of Alireza.

We will continue to do everything we can to help #LGBTQI people facing extreme violence find safety. https://t.co/YD1idqYYWU

The murder of Alireza is particularly illustrative of how the legal persecution of LGBTQI+ people trickles down into family-based violence. In Iran, same-sex activities are illegal, and politicians have condoned the death penalty for the expression of same-sex intimacy. When homophobia is condoned at the state-level and enshrined in the law, violent acts like this murder of Alireza become more commonplace. That’s why the dismantling of anti-LGBTQI+ laws globally is so important. Rainbow Railroad continues our work in Iran.

The Ghanaian case follows a pattern of ‘moral panic’ that we often see in countries when homophobic and transphobic attitudes meet anti-LGBTQI+ legal regimes. Since state authorities raided an LGBTQI+ shelter in February, there has been a notable uptick in anti-LGBTQI+ press tirades and politicians employing homophobic or transphobic rhetoric to garner support. The result is predictable; a worsening social climate for LGBTQI+ people in the country, which has typically been “safer” for queer and trans folks in comparison with other West African nations.

The latest chapter is this mass arrest of 21 people attending a conference, who have been accused of “advocating LGBTQI+ activities.” #Releasethe21″ and #ReleaseAllThe21 have since gone viral on social media, calling for the release of those arrested.

We stand in solidarity with the Ghanian LGBTQI+ community and call for the release of those arrested. And, we continue to work in partnership with global networks of human rights defenders to find safety for LGBTQI+ Ghanaians, Iranians and all those threatened with violence globally just for who they are or who they love.