The most homophobic place on earth

Jamaica’s history of colonial violence and religious-excused homophobia and transphobia have made community-level hatred rampant.

Home The Latest Issues The most homophobic place on earth

Jamaica has always been at the core of our work. 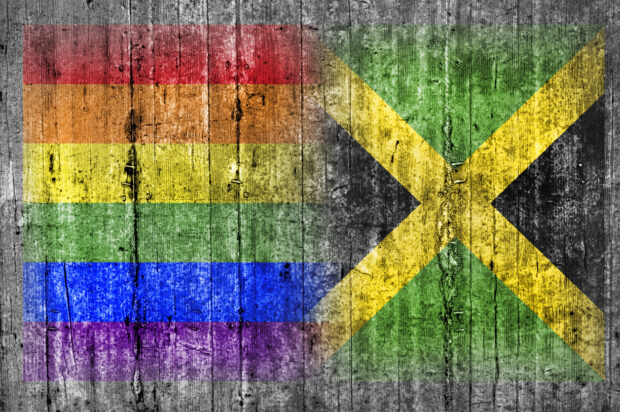 The country continues to be one of the most dangerous places in the world to be LGBTQI+. In 2006, Time magazine dubbed Jamaica “the most homophobic place on earth.”

Approximately 40 percent of our requests for help originate from the Caribbean region. Over the past two years, we have relocated nearly 300 gay, lesbian, bisexual, non-binary and transgender Jamaicans experiencing extreme persecution.

Reports from those experiencing persecution in Jamaica are staggering. Rainbow Railroad caseworkers frequently help individuals who have been brutally attacked, sexually harassed, assaulted, burned with acid or fire, have received death threats or had gang violence occur in their neighbourhoods. These acts of cruelty are usually made known to the police and state, and rarely is protection offered to or justice achieved by the victims. Unfortunately, this situation is not limited to Jamaica; nine countries in the Caribbean still criminalize same-sex intimacy.

In these regions, sodomy, or “buggery,” laws criminalize same-sex intimacy, and the police are known to actively target members of the LGBTQI+ community. Jamaica’s history of colonial violence and religious-excused homophobia and transphobia have made community-level hatred rampant. The country’s transgender community is particularly vulnerable to sexual and physical violence, as well as precarious living conditions. Many LGBTQI+ individuals in Jamaica are experiencing homelessness or displacement, with many living in gullies (storm drains) underneath the city.

Rainbow Railroad has a robust network of partners and activists on the ground in Jamaica.

These essential partnerships assist us in identifying vulnerable persons, verifying their files, finding evidence for their claim and supporting the creation of a plan for their escape. Without these critical partnerships, we would not be able to assist the same volume of persons each year.

We believe that a route for emergency evacuation is essential. We also recognize the importance of advocating for systemic change and contributing to the movement for freedom of LGBTQI+ people in the Caribbean. That’s why we also partner, where possible, with community based organizations to elevate the work of local activists and advance the state of human rights in the region. Rainbow Railroad advocates for the decriminalization of anti-homophobia and anti-sodomy laws, and we stand in solidarity with the movement for legal reform.

In 2018 we had the chance to interview a few LGBTQI+ individuals that we helped find safety.

It was a really exciting experience, as we don’t always get a chance to meet the individuals that we help. We took this as an opportunity to better understand the challenges people face when they are seeking asylum. Hearing their stories about resettling helps us build better support networks and resources so that we can improve our services.