Intervening in Chechnya during the anti-gay purge

The purge involved forced disappearances and extrajudicial killings by the police, military and state actors. Gay men have been identified through online profiles and underground intelligence, and rounded up and tortured for information regarding the identities of other LGTBQI+-identified people. 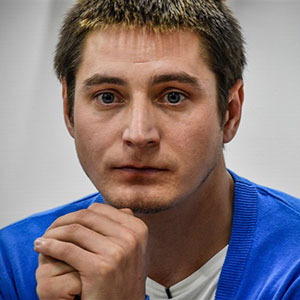 When we first heard about the anti-gay purge in the Russian republic of Chechnya, we immediately started working with the Russian LGBT Network to identify individuals who were targeted.

The purge involved forced disappearances and extrajudicial killings by the police, military and state actors. Gay men have been identified through online profiles and underground intelligence, and rounded up and tortured for information regarding the identities of other LGTBQI+-identified people.

Hundreds of people have been kidnapped and taken to unknown locations where they have been tortured, imprisoned and humiliated for hours—or sometimes weeks—at a time. Many have been raped, beaten and waterboarded, among other atrocities. Some have been killed or have disappeared, while others have been returned to their families after being outed.

Rainbow Railroad was one of the first international organizations on the ground in Russia during the height of the purge. In partnership with numerous international governments, we have relocated more than 70 individuals from Chechnya, the Caucasus and Russia who were targeted during the crackdown. We continue to work with the Russian LGBT Network, providing support and emergency relocation on a case-by-case basis for victims of the new wave of violence.

The scale of the violence is still unknown. Survivor testimony has been helping Rainbow Railroad and other human rights-focused organizations, along with activists and lawyers, build a better picture of the damage.

Despite widespread acknowledgment of the purge by governments and the United Nations, the head of the Chechen Republic, Ramzan Kadyrov, has consistently denied its occurrence and also denies the existence of LGBTQI+ persons in Chechnya.

In December 2018, a report by the Organization for Security and Co-operation in Europe (OSCE) confirmed that the crackdown occurred and that the LGBTQI+ community was directly persecuted. However, to date, survivors have not attained justice as no formal international mechanisms have been initiated, and Russia has refused to acknowledge the violence that occurred.

Right now, we are focused on holding those responsible accountable. We support the Russian LGBT Network and Maxim Luponov’s (who we helped travel to safety) case before the European Court of Human Rights (ECHR), as well as the U.S. sanctions under the Magnitsky Act.