An Interview with ‘Musa’ – Hope in the Face of Insurmountable Odds

In 2022, Musa escaped to Canada with the help of Rainbow Railroad. Canada. We spoke with Musa to hear more about his journey, and how he has been settling into his new home. 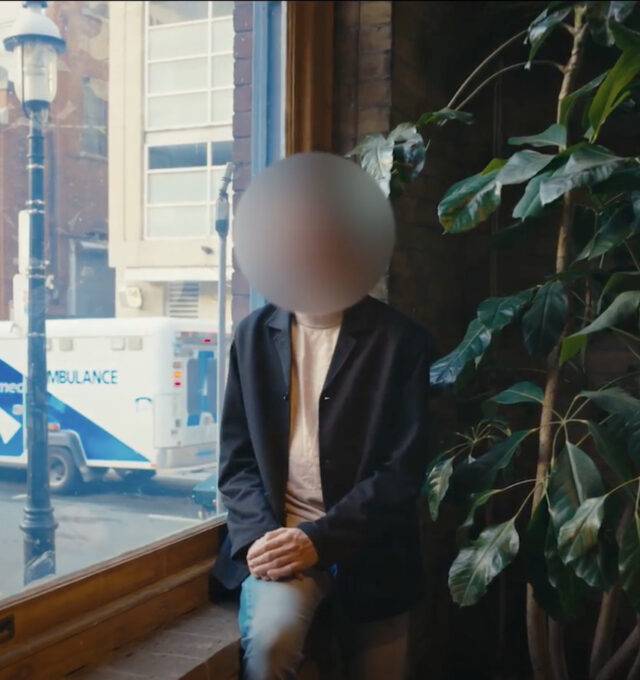 In 2022, Musa escaped to Canada with the help of Rainbow Railroad. Originally from Chechnya, Musa’s journey was not an easy one. It took multiple escape attempts and extremely careful planning to get Musa to safety. His case was so severe that he is still at-risk, even in Canada. We spoke with Musa to hear more about his journey, and how he has been settling into his new home. His name has been changed to protect his identity.

Rainbow Railroad: How long have you been in your new country?

RR: How do you identify (orientation, pronouns)?

RR:  When did you realize it was not safe to be who you are in your home country?

M: I never really had one singular moment in which I realized it was unsafe for me to be who I am; I always knew it wasn’t safe for gay people, but I never thought running away was an option until I started thinking about the future in earnest and realizing that there was no future for queer people in places like those.

RR: Can you tell me about the process of your journey? When did you first decide to leave, how did you find out about Rainbow Railroad, what led you to reach out?

M: It all started in earnest in late 2019. My parents’ abuse had gotten particularly bad, and I was at a point where it was either I’d take the tough path of running away and all that it entailed, or I’d take the “easy” way out and commit suicide. Luckily, my pain tolerance is very low, so I elected to run away instead. I stumbled upon Rainbow Railroad while I was researching what it’d look like for LGBT people fleeing from their countries; I believe the specific search term I used that landed me on rainbowrailroad.org was “gay refugee help.” For months, I would fill out Rainbow Railroad’s Request Help form, and then chicken out and close the browser and try to forget about the fanciful promise of what could be. Eventually in August of 2020, I gathered the courage to fill out the form again, and this time, I clicked submit.

RR: If you’re comfortable, can you describe how it felt to have to leave?

M: It was exciting in the lead-up to it, but it became downright frightening when the reality of what I was doing dawned on me. I was nauseous, shaking, anxious, I felt like there was a pit in my stomach. It was a bittersweet moment. As the taxi drove me to the airport during the middle of the night, I looked at the streets and buildings that I thought (at the time) that I was seeing for the last time in my life. I was thinking of the friends that I might not ever get to see again. Of my cat, who I still sometimes cry myself to sleep over.

RR: How has it been resettling?

RR: Tell me about your life now – what are you doing, how are things?

M: In my opinion, I am beyond lucky to have the life that I now have; which feels a bit silly to say given how extraordinarily normal my life is, but when you consider the fact that I was on the run for 6 months, worrying every day if it’d be my last day alive, then normalcy becomes a blessing. I wake up every day knowing what my schedule for the day will be. I don’t have to worry over whether I’ll be sent back to an oppressive society, or if my parents will find me. Additionally, the psychological load lifted off my shoulders means that my acne is finally on its way out! I FaceTimed my cousin not too long ago, and the first thing she said to me was that she had never seen me look this happy before. On the other hand, it is immensely humbling to think of the fact that compared to so many others, I am exceedingly lucky. Lucky that I survived, lucky that I had it in me to escape, lucky that I was resettled, lucky that I landed on my feet after being resettled.

RR: And last, if you had something to say to somebody who supported Rainbow Railroad, what would that be?

M: I would say this: When you see ads and campaign posters talking about helping save lives, it isn’t hyperbole or an exaggeration, you are legitimately helping save people’s lives. I’ll admit that even to me, the stories of people who are in danger and on the run sometimes feel obscure and distant. So thank you for not turning a blind eye like so many others have. Thank you for supporting us and the people who have dedicated themselves to helping people like us.

You can hear more of Musa’s story in the video below. His face and voice have been altered to protect his identity.