Rainbow Railroad Assists 29 LGBTQI+ Afghans to Safety in the U.K. 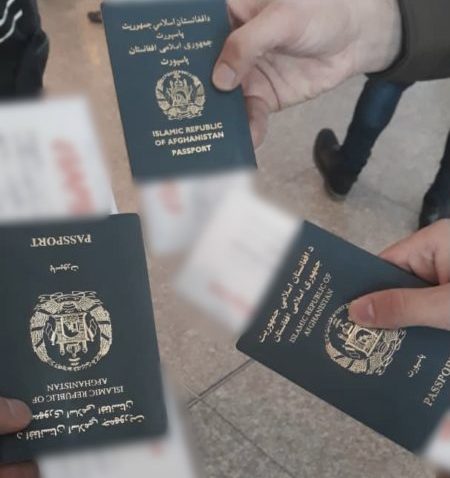 Earlier today, 29 Afghan nationals who identify as LGBTQI+ arrived in the U.K. as part of a joint U.K Government, Rainbow Railroad, and Stonewall U.K. operation. From there, with the assistance of the Home Office and other branches of the U.K. Government, they will begin to resettle and rebuild their lives in the country.

In Afghanistan, these 29 people faced grave and immediate threats to their lives because they are LGBTQI+. Since the fall of Kabul in mid-August, Rainbow Railroad worked diligently on the ground with our partners in the region to provide safety for these 29 individuals, who we have now found a permanent pathway to safety out of the country. This first arrival was the culmination of months of advocacy to the U.K. government, civil-society cooperation and partnership building which represents the best of what we can accomplish when we work in tandem with governments and civil society organizations.

This operation is the latest development in Rainbow Railroad’s work in Afghanistan since the re-taking of power by The Taliban. In August, we helped dozens of LGBTQI+ individuals escape via the military airlift. Further to this, we have found pathways to safety for more LGBTQI+ individuals outside of Afghanistan. In the coming weeks and months, we anticipate that we will be able to move more people to safety via this partnership.

There is now a clear opportunity for other governments to show moral and humanitarian leadership such as the U.K. has in this instance. It took commitment from the highest levels of the U.K government for this operation to succeed. However, it is only the beginning – Rainbow Railroad has now fielded over 700 requests and has identified over 200 in additional people in need of immediate evacuation. We are calling on both the Canadian and U.S. governments, as countries equipped to carry out such operations, to work with us to airlift more people out of harm’s way. The Canadian government specifically has signalled in press announcements on multiple occasions their intention to assist vulnerable LGBTQI+ populations caught up in this crisis – but to date has not followed through.

The growing humanitarian and migrant crisis in Afghanistan is a pressing security emergency for LGBTQI+ people. Rainbow Railroad is receiving reports of egregious acts of violence being committed against LGBTQI+ individuals on a daily basis.

Rainbow Railroad stands ready, with the tools and resources to help people at risk find safety. We are able to do this because of the continuous commitment of thousands of supporters. We now need governments that are ready and willing to act. We will continue to provide updates on our work in Afghanistan and our ongoing work around the globe to assist LGBTQI+ people out of harm’s way who are experiencing state-directed violence and persecution.