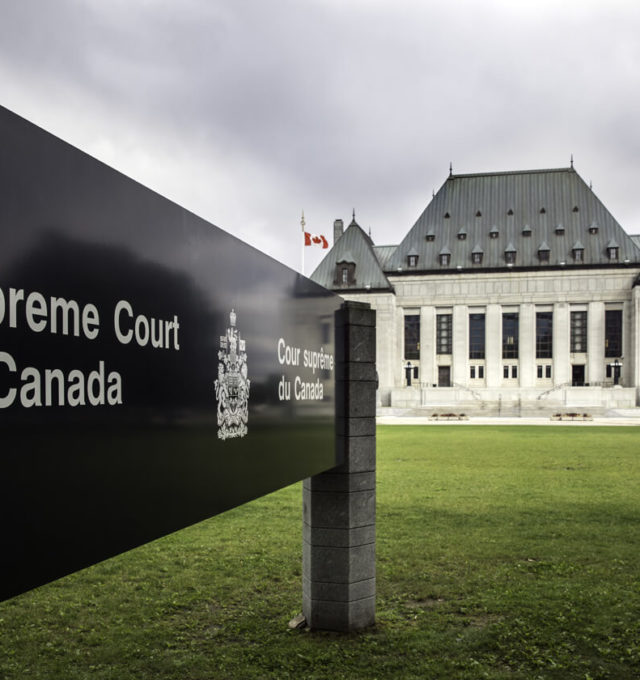 On May 5, 2022 Rainbow Railroad — an international organization that helps LGBTQI+ people escape violence and persecution to find a path to safety — was granted Intervener status in the upcoming Canada-U.S. Safe Third Country Agreement appeal at the Supreme Court of Canada. This marks the first time in the organization’s history (founded in 2006) that it will appear in front of the nation’s highest court.

The case, Canadian Council for Refugees, et al. v. Her Majesty the Queen, challenges the Canada-U.S. Safe Third Country Agreement on the basis of the Canadian Charter of Rights and Freedoms Sections 7 and 15.

As an organization that is directly involved in the evacuation and safe movement of persecuted LGBTQI+ persons across international borders, Rainbow Railroad’s work is uniquely impacted by the Safe Third Country Agreements in North American and in Europe which pose barriers to the safety of LGBTQI+ asylum seekers and migrants.

“LGBTQI+ persons face unique challenges, threats and persecution in the refugee claims process,” said Rainbow Railroad Executive Director, Kimahli Powell. “What one country deems a “safe” third country may not actually be safe for LGBTQI+ people, violating their international right to claim asylum. In particular, we are concerned that the safe third country agreement could lead to LGBTQI+ members being deported to their home countries where their safety can be in jeopardy. ”

As part of its intervention at the upcoming appeal hearing, Rainbow Railroad will submit a 10-page written factum and 5 minute oral argument before the Court.

“This case raises constitutional and international law issues regarding  access to safety for LGBTQI+ refugees,” said Michael Battista, partner at Battista Smith Migration Law Group who will be representing Rainbow Railroad. “We are excited to be given the opportunity to assist the Court with Rainbow Railroad’s perspective, alongside other major Canadian human rights organizations.” Michael Battista is the past and founding Board Chair for Rainbow Railroad.

The current refugee backlog in Canada stands at over 110,000 refugee applications. Continued and persistent barriers to resettlement, such as the Canada-U.S. Safe Third Country Agreement, only serve to further exacerbate this backlog.

In 2021 alone, over 8,450 LGBTQI+ individuals reached out to Rainbow Railroad for help from around the world, including 83 requests from refugees stuck in the United States awaiting support.

“International standards regarding the protection of refugees require high legal standards for the operation of Safe Third Country Agreements. We contend, in this case, those standards are not being met,” said Powell.