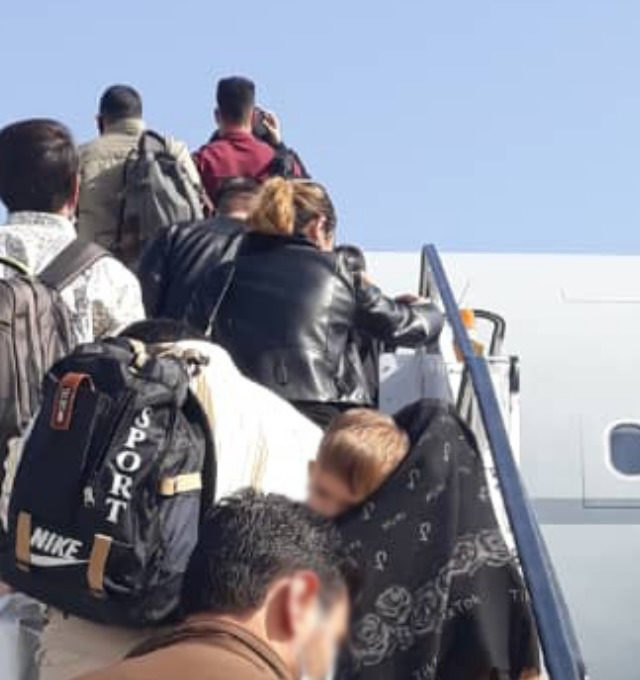 Rainbow Railroad — an international organization that helps LGBTQI+ people escape violence and persecution to find a path to safety — is signaling the urgent need to provide a pathway to safety for LGBTQI+ people around the world, especially in Afghanistan, in partnership with the Canadian government.

“The Canadian government and Prime Minister Trudeau have the opportunity, authority, and historical precedence needed to expedite the resettlement and support of vulnerable LGBTQI+ individuals,” said Rainbow Railroad’s Executive Director, Kimahli Powell. “It has already implemented an emergency program to support at-risk Ukrainian civilians feeling conflict. A similar program would provide urgent help to the LGBTQI+ Afghans in contact with Rainbow Railroad.”

After the fall of Kabul last year, Canada made a commitment to resettle 40,000 people and keep LGBTQI+ Afghans safe. While Canada has made strides towards this commitment, Rainbow Railroad continues to see an ever-increasing number of LGBTQI+ Afghans who need safety and support.

LGBTQI+ people in Afghanistan face a high risk of lethal violence from the Taliban and their supporters. LGBTQI+ Afghans who make it across the border to neighbouring countries are not safe either – many of these countries criminalize same-sex intimacy and gender diversity. For LGBTQI+ Afghans, resettlement to a country like Canada is their only option.

Rainbow Railroad asks the Government of Canada for a direct referral partnership to create additional targeted and expedited resettlement pathways for high-risk LGBTQI+ Afghan refugees, and more broadly, for LGBTQI+ refugees from around the world.

“This is a real opportunity for the Canadian government to step up and be a leader in the global fight for LGBTQI+ rights, and in the ongoing global migrant crisis,” says Powell. “We stand ready to work together to make this happen, and call on Mr. Trudeau to implement this partnership right away.”

Rainbow Railroad is asking the public to fill out a petition, found at safewayout.ca to signal their support for this effort with a goal of getting 50,000 signatures before the start of Pride Month.