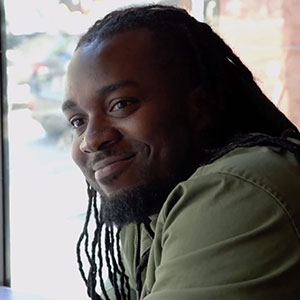 Elton’s work with an LGBTQI rights group in Jamaica made him a target of homophobia. He was attacked by two young men, but luckily he escaped with just bruises and cuts. Men tried to break into his home, shouting homophobic slurs. He feared for his life and reached out to Rainbow Railroad, telling no one, not even his family, that he was trying to escape.

Now in Toronto, Elton is living his life as an out and proud gay man, and considering pursuing a Masters in Education. Elton remembers the first time he walked down Toronto’s Church Street (the gay district) and saw couples holding hands. He reached out to his friend and said, “let’s hold hands.” No one remarked or noticed them, which was a beautiful experience for Elton.