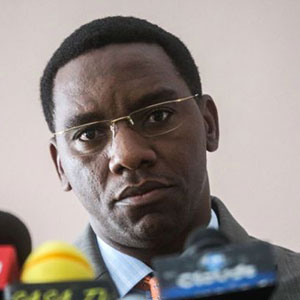 Tanzania is one of the 35 countries on the African continent that criminalizes lesbian, gay, bisexual, transgender, queer and intersex (LGBTQI) individuals; in Tanzania ‘homosexual acts’ are punishable with up to 30 years to life in jail. The LGBTQI community in Tanzania has faced a long history of intolerance. However, since the 2015 election of president John Magnufuli, the community has been subject to growing violence, harassment, and discrimination.

On October 29 2018, Paul Makonda, the Regional Commissioner for Dar es Salaam announced plans to form an “inter-agency task force” or “surveillance squad” comprising members of the Tanzania Communications Regulatory Authority, the police and the media to identify and arrest LGBTI people in the country. Makonda’s statement – believed to be a political move to secure the support of Magnufuli and members of Tanzania’s political and religious elite – turned into a witch hunt aimed at suppressing, scaring, and hurting LGBTQI individuals.

Magnufuli’s authoritarian approach to freedom of the press made it difficult to access reliable and accurate reporting in the region at the time. Additionally, nonprofits working with the LGBTQI community were driven underground and numerous activists went into hiding.

During the 2018 crackdown, much of the international community response was centred around whether to continue to provide development assistance to the government.

In general we are cautious with boycotts, always deferring to our partners on the ground for a direct response. Unfortunately, due to safety, there is a limited LGBTQI civil society in Tanzania, but we have various touchpoints to help us continue to monitor the situation.