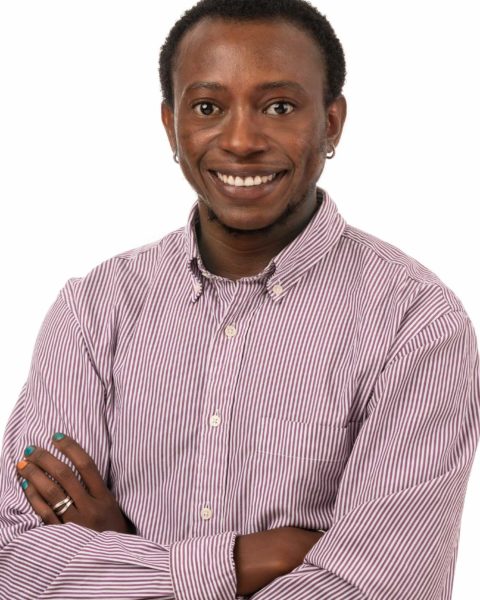 Programs Officer
He/ Him

Noah is an African trans man, ecofeminist, lawyer, and researcher/scholar on sexual and gender diversity in Africa. He is a passionate advocate for gender equality and centers his work on increased accountability and human rights protections.

Noah has written on and contributed to legal advocacy and research to advance human rights for lesbians and gays in Africa.  He has also contributed to legal mobilization for LGBT movements in Nigeria, Tanzania, Malawi, Liberia, Ghana, and Uganda to improve documentation of violence; and supported capacity strengthening for organizations and networks to build self-determined strategic alliances that use strategic litigation to advance social movement goals for social change. In 2017, he was arrested and deported by the government of Tanzania along with other lawyer colleagues for this work.  Building on personal experience, he subsequently co-founded the Taala Foundation- an organization that promotes wellness for youth on the margins through mental health.

He has been recognised as a Ford Foundation Global Fellow 2021 and a G20 Young Global Changer.  Noah completed his studies at Harvard Law School and Makerere University, and is a member of the Uganda Law Society and East Africa Law Society- making him the first openly trans* member of a professional association in Uganda. He is pursuing post-graduate studies where he intends to explore the history of trans* and gender diversity in East Africa.

When he is not at work, he spends time outdoors connecting with nature and exploring universal knowledge through food, books, films, art, theatre, and other oral narratives. He is a new resident in Toronto, and now calls Canada home.