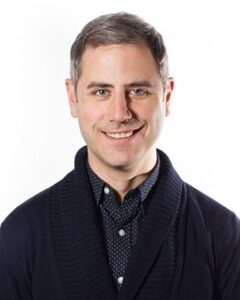 Chair of the Board
He/Him

Caleb Goodman is a partner and managing director of Rethink, a communication agency in Toronto. He first got involved with Rainbow Railroad when he organized a fundraising event called The Freedom Party in June 2014. Following the success of that event, Caleb took on the role of fundraising chair, and was invited to join the Rainbow Railroad board in September 2014.

Prior to his involvement with our organization, Caleb founded a fundraising group called Courageous Campers, in support of the General Romeo Dallaire Foundation. He holds a BBA from Bishop’s University and a master’s degree in design and advertising from OCAD.

Caleb grew up in New Brunswick and has lived in Toronto for over a decade.